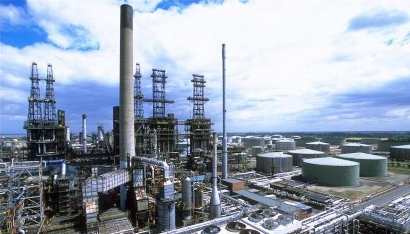 Oil refinery company Phillips 66 was fined £1.2 million on May 22 for a 2013 incident in which two workers suffered life-changing injuries after an uncontrolled release of high pressure and high temperature steam. The accident happened at the Humber Refinery, on the north east coast of England. Phillips 66 was sentenced for safety breaches at Grimsby Crown Court.

During proceedings, the court heard how on 30 October 2013, two workers – one an employee of Phillips 66, the other an apprentice – were re-assembling high pressure steam pipework following maintenance of a steam turbine driven pump. During the process, they were exposed to an uncontrolled release of high pressure, high temperature steam of around 250oC.

An investigation by the HSE found a series of failures with Phillips 66 Limited’s ‘safe system of work procedure’ which the workers adhered to. A number of personnel involved in the implementation of the company’s safe isolation procedure of the steam system had failed to complete all the required checks and verifications to reduce the associated risks.

After the hearing, HSE inspector, Jarrod King commented: “Safe systems of work procedures are in place to ensure the health and safety of workers. Companies should ensure that all relevant employees and personnel who are involved in their operation and execution are suitably trained and competent to complete their roles within the system. Where a significant risk gap leads to an incident which results in injury to workers, HSE will take the appropriate enforcement action irrespective of the size of the organisation.”

The investigation found that a valve on a turbine was not working properly, unknown to the men, and a steam line was misaligned causing a flange to be under pressure. In court, Judge John Thackray QC explained how steam was able to build up and that the flange sprang out, releasing extremely hot steam onto the two men.